Temporary Closure: In an effort to do our part to reduce the spread of COVID-19 (coronavirus), as well as for the health and well-being of our employees, guests and community, we have made the difficult decision to temporarily close The Adolphus. We are taking reservations for arrivals beginning April 6. We look forward to welcoming you to The Adolphus in the near future. 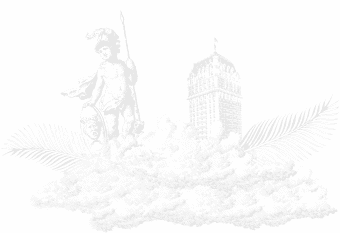 A hotel worthy of its history

Handbuilt by European craftsmen in the early 20th-century, The Adolphus was the passion project of Anheuser-Busch cofounder Adolphus Busch. The German immigrant had made his brewing fortune in St. Louis throughout the late 1800s, but saw Dallas as the city of the future. He began investing in the booming Texas real estate market in the early 1900s. And in 1912, he debuted the city’s first true luxury hotel, modeling the building on a Germanic castle, only taller: The 22-story tower remained the state’s tallest building for a decade.

Since opening, the Beaux-Arts hotel has welcomed such esteemed guests as presidents Jimmy Carter, Ronald Reagan and George HW Bush, as well as British royalty, including Queen Elizabeth II and Prince Philip.

For more than 100 years, The Adolphus has been a Dallas icon, playing an incontrovertible role in the city’s history and culture. Now, following an extensive renovation, The Adolphus is inviting in a new generation of discerning, cultured travelers who will appreciate both the extraordinary narrative and luxe, contemporary touches that set The Adolphus apart from the rest.